Fibers on Friday: A Sleeve is Started 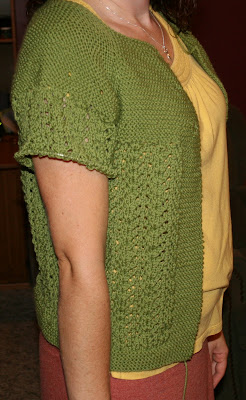 We're on a roll now! I finished the body of my February Lady Sweater! Starting the sleeves was a little harrowing, I must say. I picked up the stitches from the scrap yarn...no problem....I picked up and knitted the underarm stitches....no problem. Then, I started knitting in the round...yippie!!

But wait??? The pattern was coming out wrong...it was inside out....oh no! I was knitting in the wrong direction. ARGH!!

I was so tense frogging back to those starting stitches. I just knew I'd lose some or mess up my count or something. But, I did it and it all worked out. I've said it before and I'll say it again:

It's all about learning!

Not to mention, it's all about making this beautiful sweater as good as I can, because too much work and time goes into it to have something bother me because it's wrong.

So now, my fiber loving friends, I can't wait to see what you've been working on! I've invited even more people this week and I hope to see them here on Friday. My button is on the sidebar....I'd love for you to grab it and include it in your post or on your blog. Spread the word :-) 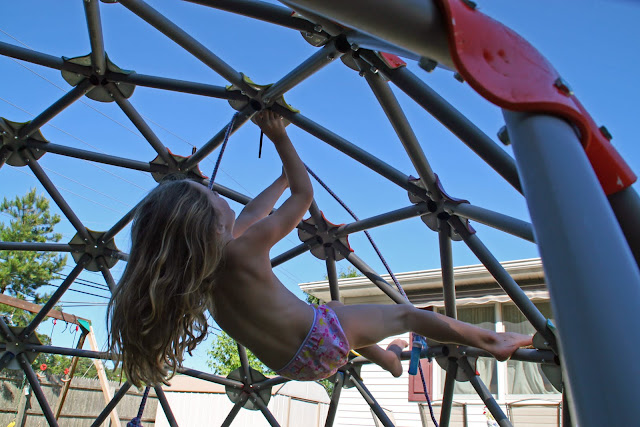 Wordless Wednesday brought to you by 5 Minutes for Mom
Posted by Beth at 7:32 AM 4 comments:

My kids have the cutest little Piggy Banks we bought a few years ago while visiting Lancaster, PA. They have held up so well despite being lugged all over the house and not spending their lives poised nicely on top of a dresser. My kids NEVER let anything just sit nicely on their dresser.

So, a few weeks ago, we had a fatality. The little piggy fell on the kitchen floor and shattered. It was terrible! We already had a camping trip planned to Lancaster, so I figured I'd find a replacement while we were there. No luck!

While in target one day, I spotted this little piggy in the dollar spot. 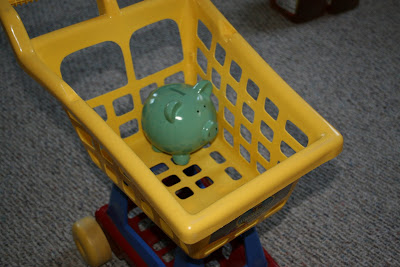 "And this little Piggy stayed home and got a make-over!" 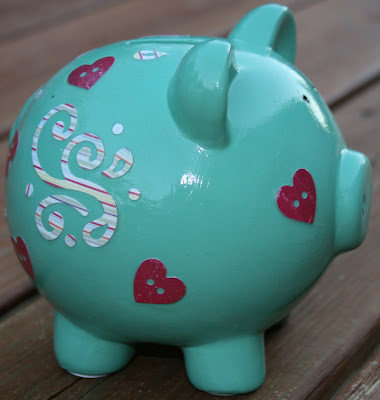 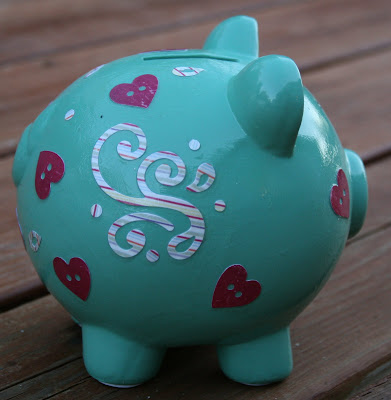 He was so plain, so life-less. I asked my little one if we could jazz it up a bit. She said, "Sure, I'd like hearts and swirls"!

I broke in to my scrapbooking paper and Sizzletts and here we have it....hearts and swirls! A little Modge Podge and we're set! 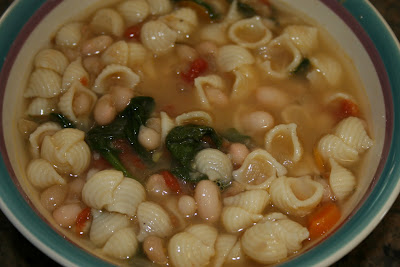 My sister made this and brought it over for dinner. Ummmm, ummmmm, GOOD! Comfort, warmth, and Fall in a dish! 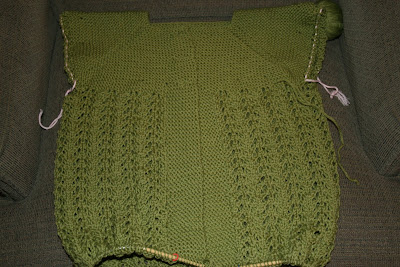 Boy this is slow going! My next project(s) is going to be FAST! Maybe a couple weeks worth of FAST projects! I knit several more rounds this week. I spent some time at a friend's house and it was nice because the "menfolk" were working on cars, the "womenfolk" were knitting, and the "littlefolk" were playing. A couple hours later and this is all I have to show for it!

I know you guys have tons to share, though! And I can't wait to see what you've been working on. I LOVE this little party we have going on here! Please grab my button (code in sidebar) and plug it in your post so we can pass the word to as many friends as we can. Let's welcome a few newcomers as well! 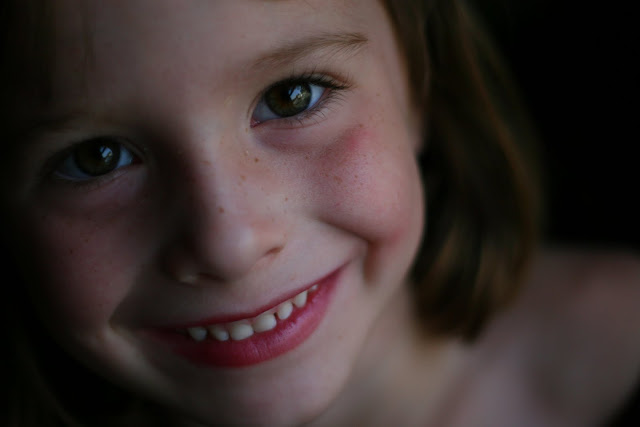 For more gorgeous smiles, visit 5 Minutes for Mom
Posted by Beth at 7:44 AM 2 comments:

Lately I've been trying to make my own products rather than buy them in the store loaded with ingredients that are unknown and scary!

I started out with the homemade deodorant I posted about here. As an update, let me tell you, I've used this deodorant exclusively ALL summer and I will NEVER go back to store bought! It works better than anything I've ever used and I feel good that it's not loaded down with scary ingredients. Try it! You'll like it! I've converted several people.

I'm trying to master homemade yogurt, but so far have had no success.

The summer is over, but NEXT summer I plan on making my own sunblock. Of course, I'll be sure to share when I do.

But for now, with the oncoming cooler weather and blustery winter approaching, what a more suitable thing to make than my own lip balm! My cousin found this blog, Bobbi's Art, and passed it on to me. I followed her tutorial and found I had to add a little more Jojoba oil to make it a little smoother to apply. It's a really nice product! No scent. It lasts. It's natural. It's wonderful!

I used a little crockpot to melt my jar of ingredients: 4 grams of beeswax, 3-4 grams of jojoba oil, and a few drops of vitamin E oil. Essential oils are optional. 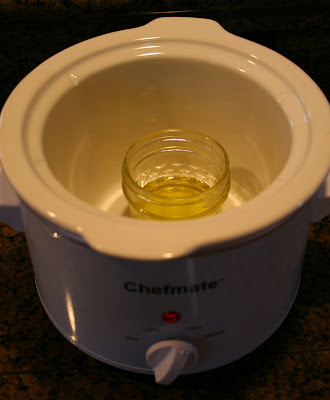 I gathered up almost-empty chapstick containers and cleaned them out. Between my cousin and I we had quite the little collection of containers. Carefully pour the melted ingredients into your containers. It was messy, so I just held on to a paper towel to avoid burning myself. 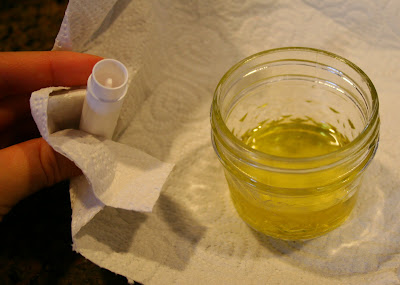 Let it cool and harden and you're done! 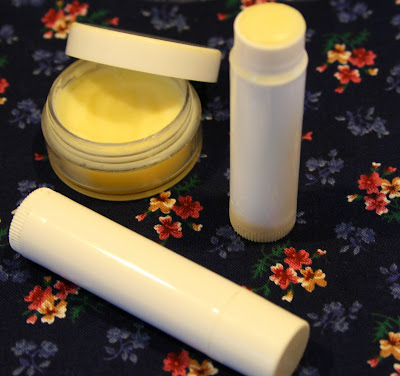 I had a lot left over, so I just kept it in the little mason jar and when I have a container that needs to be refilled, I'll re-melt it and fill it up.